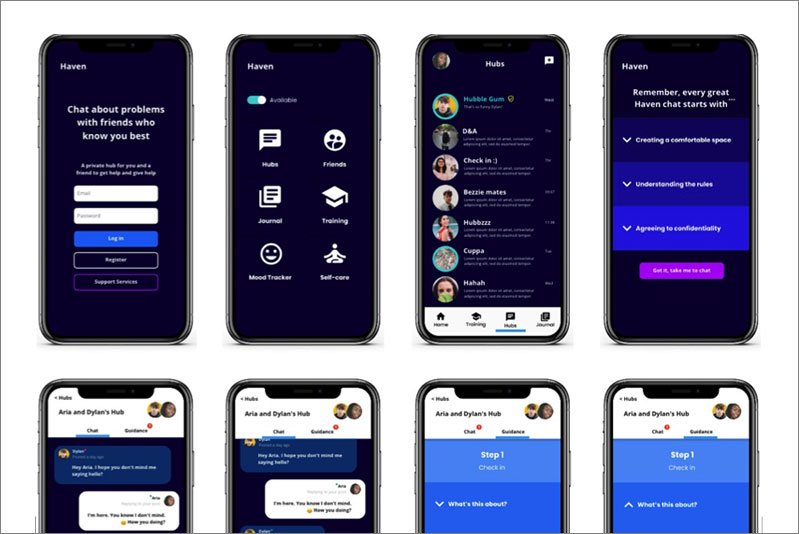 Limited provision to support young people with their mental health

In the United Kingdom, adolescents’ mental health is never far from the news and presents an ever-growing concern. Before COVID hit the world, prevalence reports showed that one in six school-aged children suffered from a mental health problem (NHS Digital, 2020).

Not only do mental health problems directly impact an individual’s quality of life, they also pose a huge burden on the public economy. It’s been estimated that the social and economic costs related to mental ill health reach around £119 billion per year (O’shea and Bell, 2020), (Centre for Mental Health, 2020). More specifically, the cost for offering support to children 5 to 15 years old experiencing emotional and behavioural difficulties has been estimated to reach £1.47 billion annually (Snell et al., 2013).

Despite alarming statistics which identify young people as the most vulnerable age group that may suffer from mental health issues, access to appropriate and effective mental health services is very poor (McGorry, Bates and Birchwood, 2013) and prior to the pandemic, only a third of children with a diagnosable condition accessed NHS mental health support (National Audit Office, 2018). With limited accessible provision, many young people have reported turning to family and friends for support but family and friends have stated that they lack the skills and ability to support them.

An idea with promise

The idea for the STEAM Sprint started after Ana ran a project in schools where young people received counselling. The young people she worked with suggested that an easier, more accessible way for them to receive support should be created. Ana and her team worked with young people to create a paper ‘talking tool’ that facilitated therapeutic conversations between young people and their parents. The solution showed promise but young people suggested adapting the tool to create a digital version they could also use with their peers. Without knowing where to start, Ana approached STEAMhouse to help her advance the concept.

Why a STEAM Sprint was the right choice

A STEAM Sprint is a flexible design-thinking framework that can be used to help our clients tackle product, service, or social problems and test new ideas using creative problem solving methods. It’s an intense effort that brings together a team of diverse stakeholders to work collaboratively on solving the problem. The results of a sprint set the direction for a new product, service or project.

Every STEAM Sprint starts with a compelling design challenge and we worked with Ana to frame a challenge that we knew we could assemble a team around:

It was important to Ana and her team that the development of the idea included young people every step of the way, and she wanted to include as many diverse perspectives as possible. This collaborative, cross-disciplinary approach is what sets STEAM sprints apart. Throughout the sprint, we collaborated with young people, researchers, professionals in mental health and digital technologies, and STEAMhouse members.

How we developed a prototype

Ana’s research had shown that young people benefited from a psychological talking therapy called Method of Levels (MOL) due to its client-focused approach that allowed young people to choose when and how often to attend sessions. MOL seeks to increase people’s awareness of their goals and potential conflict. The overall aim is to help people find solutions to enable them to realise their goals.

We needed to translate the MOL approach into a mobile experience that would be equally useful, usable, desirable, and impactful for young people. To get there, we adopted a user experience (UX) design approach to create a clickable mobile prototype.

STEAM Sprint participants came together to collaborate across eight two-hour online workshops designed for people to learn about UX by doing it. The sprint was supported by guidance and mentoring from Birmingham based technology consultancy, Studio Victoria. These collaborative sessions were complemented by development tasks, completed in-between workshops, with support from the STEAMhouse product development team.

The solution we created is a demonstration prototype app that can be loaded onto any smartphone for user testing.

Currently called Haven, the app is a confidential and secure safe-space that helps users chat about problems with their friends. Users can invite friends who know them best and create private hubs where they can give help and get help. Hubs include step-by-step chat guidance based on Method of Levels – a recognised form of therapy that helps people overcome problems by understanding goals and finding ways to achieve them.

As a BCU Advantage service, STEAMhouse is here to support people and help their ideas to flourish. It’s recommended that promising prototypes created during a STEAM Sprint continue to be tested with real users and iterated to make improvements, Ana and her team will be using the prototype to begin testing its efficacy with young people.

As a result of the collaborative process and the realisation of a prototype, Ana’s team has been awarded funding from eNurture to progress with the development of the talking tool app.

To find out more about Ana’s research or to find out how you might get involved, contact her at ana@williamtuke.org

“I would not have been able to make any progress on the project so I’m really glad we were introduced to STEAMhouse. Also, it kept me motivated to keep chasing funding and I was so pleased when Enurture decided to fund us”

Every STEAM Sprint is a collaborative effort, thanks to participants and contributors:

Start your own STEAM Sprint

STEAM Sprints are intensive design sprints that enable teams to tackle product, service, or social challenges and test new ideas using creative problem solving methods. If you, your business, or organisation have a critical business or social challenge that you’d like to tackle fast, get in touch to find out how STEAMhouse can support.

Churchman, A., Mansell, W., & Tai, S. (2020). A process-focused case series of a school-based intervention aimed at giving young people choice and control over their attendance and their goals in therapy. British Journal of Guidance & Counselling, 1-22.

Churchman, A., Mansell, W., & Tai, S. (2020). The development of a parent–child activity based on the principles of perceptual control theory. The Cognitive Behaviour Therapist, 13.

Churchman, A., Mansell, W., & Tai, S. (2020). Experiences of adolescents and their guardians with a school-based combined individual and dyadic intervention. British Journal of Guidance & Counselling, 1-16.