Innovation And Skills:
How To Adapt For The Future

The aim of the Greater Birmingham and Solihull Institute of Technology (GBSIoT)*, and this webinar,  is to support performance of manufacturing businesses and their supply chain through skills, research and assisting in the adoption of new technologies, to meet their customer demand and maintain business through the current economic environment.

View topics and speakers
Register to watch for free

Innovation And Skills:
How To Adapt For The Future

The aim of the Greater Birmingham and Solihull Institute of Technology (GBSIoT)* is to support performance of manufacturing businesses and their supply chain to meet their customer demand and maintain business through the current economic environment.

This Business Recovery webinar series is being produced by Birmingham City University (BCU) on behalf of GBSIoT and delivered in conjunction with the Greater Birmingham Chamber of Commerce (GBCC).

Why you should attend this business recovery webinar

The Innovation And Skills: How To Adapt For The Future webinar will help you

Industry 4.0 – Adoption of automation to maintain productivity through testing times.

The changing landscape of engineering roles and disciplines and how technology is attracting a new diverse workforce.

Managing Learning and Development to meet the present and future challenges on business.

How to optimise outcomes from a higher education partnership.

Industry 4.0 – Adoption of automation to maintain productivity through testing times.

The changing landscape of engineering roles and disciplines and how technology is attracting a new diverse workforce.

Managing Learning and Development to meet the present and future challenges on business.

How to optimise outcomes from a higher education partnership.

PLEASE REGISTER BELOW TO
VIEW THIS FREE WEBINAR* 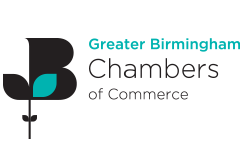 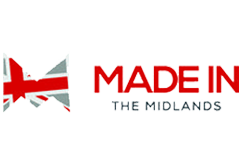 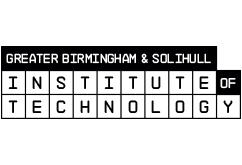 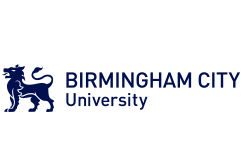 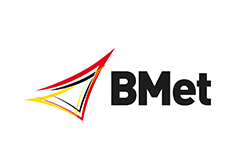 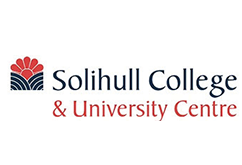 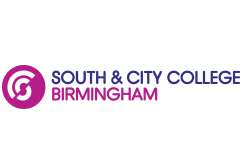 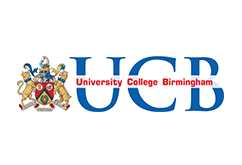 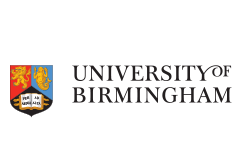 Any cookies that may not be particularly necessary for the website to function and is used specifically to collect user personal data via analytics, ads, other embedded contents are termed as non-necessary cookies. It is mandatory to procure user consent prior to running these cookies on your website.

Just To Let You Know!

You're about to leave the BCU Advantage website, but don't worry you're visiting one of our trusted partners! You'll be in safe hands!

No thanks
That's fine, let's go!

Having first joined FANUC as a Service Engineer 30 years ago, Tom Bouchier’s passion for automation and robotics led him to becoming the Managing Director at FANUC UK. Tom is a big advocate for skills and training, and has become a prominent voice in the industry, having provided evidence to the Business, Energy and Industrial Strategy (BEIS) Committee on the dangers that UK manufacturing faces by not adopting automation.

FANUC is a world leader in automation solutions, which is split across three categories: robotics, factory automation systems, and production machinery. It has 264 locations supporting 108 countries, and more than 7,000 employees worldwide. FANUC has a range of more than 200 industrial robots, making it the largest in the world, and has installed over 600 thousand to date. In the UK, FANUC operates out of a £19m, 107,000 sqft facility at Ansty Park in Coventry, which opened in May 2017, and is at the forefront of automation in industry.

Sukhi is responsible for managing the day-day Engineering & Manufacturing operations at Envisage. She is a versatile project and operations consultant with over 25 years of design, engineering & project management expertise delivering multi-million pound automotive and construction projects for Jaguar Land Rover. She was voted in the top 100 females in Automotive by Autocar Magazine in 2017 & 2018, and recently worked as an Independent consultant to tier one organisations including McLaren, Williams Advanced Engineering and Motorsport Research Associates. As a Visiting Professor for Engineering & Design at Birmingham City University Sukhi is passionate about engaging young people in education, particularly engineering.

The Envisage Group Ltd incorporates Envisage Concept Design & Engineering, Envisage Recruitment, Envisage Technologies and Envisage Classic and Bespoke across 5 different sites in Coventry. The company delivers fully integrated engineering solutions through design, engineering, manufacturing, testing and validation, technical recruitment and project management and operate in a variety of sectors. Envisage also works closely with retailers, product developers and artists to bring their products and ideas to life. The company delivers everything from individual and small-scale bespoke builds to supporting large scale productions and launches, and also has the ability to resource projects.

Lee has held senior positions spanning 26 years within the learning and development function/sector for training providers, large private companies such as Babcock, TUI and Balfour Beatty. He is a current member of the West Midlands Apprentice Ambassadors Network, An Enterprise Advisor for the Business Enterprise Partnership and a Fellow of the Institute of Training and Occupational Learning and The Learning and Performance Institute. His work across multiple Sector Skills Councils and experience as a vocational assessor, and as verifier for the awarding bodies means that Lee understands the skills challenges faced by companies and employees. He has been involved in the development of Trailblazer Standards in support of the apprentice reforms.

Salts Healthcare is one of the UK’s oldest, family-run companies that has grown to become a highly successful international medical device manufacturer. Operating from headquarters in Birmingham, Salts is split into two divisions: Salts Stoma Care, which designs and manufactures stoma care devices and additional products; Medilink, a national network of 19 Dispensing Care Centres that supply and dispense stoma care and continence products by all manufacturers. Salts Healthcare invests heavily in research and development and works with healthcare professionals and educational facilities to continually improve and innovate, designing products that truly change lives.

Tony is a Fellow of the Institute of Cast Metals Engineers and during the last 25 years has owner managed businesses in the cast metal industry throughout the UK. Since 2003, when Alucast was acquired, Tony was Managing Director, moving to the position of Chairman in 2015. Tony initially trained at Brinton’s Carpets, a large employer in Kidderminster in the 1970’s, as a Chartered Management Accountant, but the lure of engineering, ‘making things’, had always been in his blood since working at the affectionately known ‘Austin’ at Longbridge in the 1960’s. He is a vocal advocate of in-house apprentice and training schemes and regularly takes on youngsters in order to promote engineering and cast products manufacture as a career choice.

Alucast is an aluminium casting and machining business, based in Wednesbury, providing components into automotive manufacturers and a host of other industries. Alucast employs 108 people and has a turnover of £8 million. Since its acquisition in 2003 the business has grown 35% by accessing new customers and by offering a concept to assembly solution to customers, which saw the strategy of the business change to include the development of a fully equipped machine shop, heat treatment, X-ray and other non-destructive testing, as well as state of the art casting simulation software being offered to end-users. The company continues to work with organisations, such as the Cast Metals Federation, Warwick Manufacturing Group, Birmingham City University, Aston University and the Greater Birmingham and Solihull Institute of Technology, to promote the interests of engineering and form a stable industrial strategy to secure the long-term future of manufacturing in the UK.

Paula is an experienced director of business development and engagement in the education management sector. She leads the Advanced Services Group’s SME business support projects, funded by the European Union (ERDF). Working to support up to 185 companies in the Black Country, Birmingham and Solihull, the projects provide manufacturing SMEs with unique access to ASG’s tools and expertise to improve performance and stimulate growth through the introduction of advanced services. Paula comes from a family of 5th generation engineers and is passionate about bringing the benefits of academia to industry.

The Advanced Services Group at Aston University is a centre of excellence specialising in servitisation, the organisational transformation of manufacturing companies to compete through services, in particular advanced services. Many manufacturers have recognised that just making and selling products on a transactional basis isn’t enough to sustain reliable revenue streams and guarantee future growth. The ASG provides education, training, research and teaching, and hosts an international partnership of like-minded professionals who are transforming their manufacturing businesses to compete through services. Its team of over twenty researchers and practitioners helps global manufacturers and technology innovators to develop services-led strategies.